How does the SSO offline alarm work?

*Ferroamp's alarm function is currently being rolled out and will be rolled out to all facilities during the first half of 2023. To simplify the rollout, facilities will be selected at random. Unfortunately, we do not have the option to manually prioritize a facility, so it is not possible to contact us and ask to have the function activated earlier. Our ambition is for all customers to have access to this function as quickly as possible.

The SSO offline alarm continuously checks that all SSOs embedded in the system topology in EnergyCloud report data to the EnergyHub and that the values reported change over time. 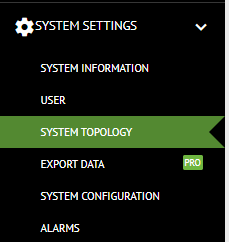 The alarm generates an email notification for each time one or more SSO:s has stopped delivering or has been delivering the same data to the EnergyHub for a while. If more than one SSO triggers the alarm at the same time this still will only generate one email notification where all the affected SSO ID:s will be listed.

In the alarmview in EnergyCloud SSO offline alarm will be separated connected to each SSO ID. The alarm for each SSO will remain active until the problem is solved. See picture below

Was this article helpful?

Thank you for your feedback

Sorry! We couldn't be helpful

Thank you for your feedback

We appreciate your effort and will try to fix the article

Articles in this folder -